State of the States - Speakers 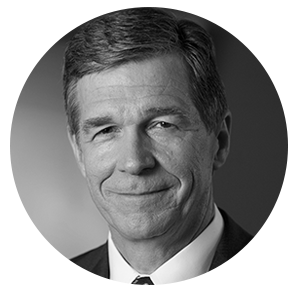 Governor Roy Cooper is serving his second term as North Carolina’s 75th Governor. The  Governor is a lifelong North Carolinian, born and raised in Nash County, where he attended  public schools and worked summers on the family farm before earning undergraduate and law  degrees from the University of North Carolina at Chapel Hill.

Throughout his career, Governor Cooper has worked to build a stronger North Carolina where  everyone has an opportunity to live in safe communities and get a quality education, a good job  and access to affordable health care.

As Governor, Cooper has announced tens of thousands of new jobs, fought to boost public  education, tackled the opioid crisis, revitalized rural communities and made sure North  Carolinians have the training to fill the jobs of today and tomorrow. Governor Cooper has taken  strong executive and legislative action to fight climate change, make North Carolina a more  inclusive place and help families with policies like paid parental leave. Governor Cooper  negotiated and signed landmark energy legislation that requires North Carolina utilities to  reduce power generation carbon emissions 70% by 2030 and to achieve carbon neutrality by  2050.

He has led the state with a steady hand throughout a series of unprecedented crises. After  hurricanes devastated parts of North Carolina, Governor Cooper established the NC Office of  Recovery and Resiliency and fought for resources to help North Carolina recover smarter and  stronger. When the COVID-19 pandemic hit, Governor Cooper’s decisive action and steady  leadership helped North Carolina endure with among the fewest COVID deaths and job losses  per capita in the nation.

Governor Cooper appointed the most diverse cabinet in North Carolina history, making good on  his commitment to ensure state government looks like the people it serves.

Before his election as Governor, Cooper served four terms as state Attorney General, where he  oversaw a sharp decrease in crime and fought for consumers by advocating for lower utility  rates and putting predatory lenders out of business.

Governor Cooper got his start in public service in the North Carolina State House and State  Senate, where he served as Majority Leader. Before that, he practiced law for 18 years and  managed his law firm. He and his wife Kristin raised three daughters in Rocky Mount. Cooper’s  mother was a public school teacher, which helped instill his deep commitment to public  education.

As the state emerges from the pandemic, people and businesses are flocking to North Carolina  in record numbers. Governor Cooper is focused on ensuring that our people and communities  have the tools to grow and thrive and that our state’s best days are ahead. 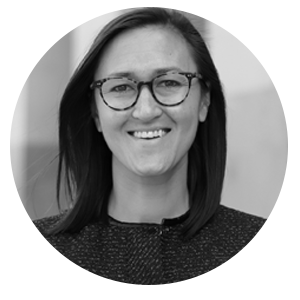 Carolyn Chu is Chief Deputy at California’s Legislative Analyst’s Office (LAO). The LAO is a nonpartisan fiscal and policy advisor to the California Legislature. Carolyn helps lead the LAO’s work on issues related to the state economy, budget structure, health and human services, employee compensation, housing and homelessness, and others. Prior to joining the LAO, Carolyn worked for the Department of Defense and the RAND Corporation. 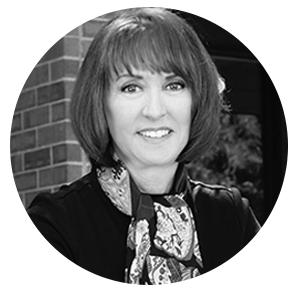 Dr. Sydnee Dickson has been serving the children of Utah as a proud educator for the past 41 years.  She joined the Utah State Office of Education in 2007 and was named as State Superintendent of Public Instruction on June 23, 2016.  Prior to joining the Utah State Office of Education, Sydnee served in Utah public schools in roles including teaching, school counseling, school and district administration.

Superintendent Dickson began her education in a two-room schoolhouse in rural Utah and went on to earn two master’s degrees in School Counseling and School Administration as well as a doctorate in Education Leadership and Policy at the University of Utah.

Dr. Dickson is a frequent participant on state and national committees, task forces, and boards, including currently serving on the Board of Trustees for the Council of Chief State School Officers and West Ed Board of Directors.  Her professional expertise is grounded in engaging community partners, providing educators with evidence-based professional learning, and developing transformative school leadership. Sydnee is passionate about developing school systems that provide equitable opportunities for students in order to help them have choices about their future. 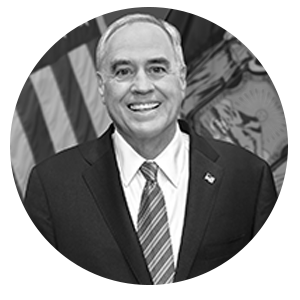 Thomas P. DiNapoli is the 54th Comptroller of the State of New York.

A life-long Long Islander, Tom was raised in a middle-class, union household and saw the value of hard work and  stretching every dollar in the example set by his parents.

In 1986, he ran for the New York State Assembly and was elected to represent the 16th District in northwestern  Nassau County for the next 20 years. Tom was elected State Comptroller on February 7, 2007, by a bipartisan  majority of the State Legislature. He was elected Comptroller by New York’s voters in 2010, 2014 and 2018. Tom is  known for his integrity, independence and even-keeled leadership. 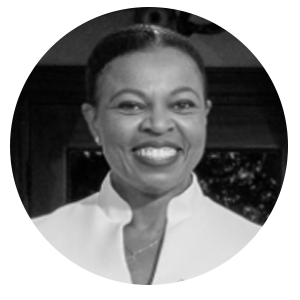 Jenifer C. O’Neal is a multi-faceted leader with substantial experience in leading and optimizing  teams and organizations to drive value creation.

She is a highly qualified financial management executive with significant expertise in empowering  strong financial performance and profitable business growth, in both the private and public  sectors, within the United States and the British and US Virgin Islands. She is a certified Lean Six  Sigma Black Belt Professional adept in process improvement and change management,  specializing in organizational restructuring and revitalization to reform organizations’  performance.

She currently serves as the Director of the Virgin Islands Office of Management and Budget and  leader of Governor Albert Bryan’s Financial Team since her appointment in January 2019. Over  the course of her career, Jenifer has served as an advisor to the highest political and corporate  levels.

Iowa Secretary of State Paul Pate has dedicated his life to public service. Now in his third term as Iowa’s Commissioner of Elections, Secretary Pate is guided by three core principles: service, participation and integrity.

Upon returning to the Secretary of State’s office in 2015, 20 years after he was elected to that post for the first time, Paul Pate immediately set out to increase participation in Iowa elections by instituting online voter registration. More than 500,000 Iowans have registered to vote using the system.

He has also taken steps to protect election integrity but drafting Iowa’s Voter ID laws and successfully defending them in court.

Secretary Pate also worked with the Iowa Legislature to enact the Safe at Home program. Safe at Home is aimed at protecting survivors of domestic violence, sexual assault, trafficking and stalking by keeping their address confidential.

Earlier this year, he launched the Iowa Businesses Against Trafficking coalition. More than 400 businesses joined the coalition within its first month.

Secretary Pate served as the President of the National Association of Secretaries of State (NASS) from July 2019-July 2020.

His voter education and election cybersecurity efforts have been recognized nationally by NASS, the U.S. Election Assistance Commission, and the National/Student Parent Mock Election organization.

Paul Pate is also a nationally recognized small business leader, a father of three and grandfather of five. He and his wife Jane live in Cedar Rapids. 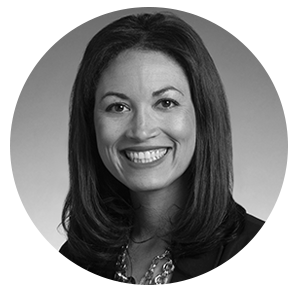 Dr. Penny Schwinn was sworn in as Tennessee’s education commissioner on February 1, 2019.

As commissioner, Dr. Schwinn is committed to building on Tennessee’s momentum over the last decade, and plans to continue to accelerate growth through the state’s strategic plan, Best For All, which focuses on high-quality academics, student readiness and supports, and the state’s strong current and future educators.

Coming from a family of educators and committed to increasing access to an excellent education for all children, Commissioner Schwinn began her work as a high school history and economics teacher. She previously served in a number of roles in education including Chief Deputy Commissioner of Academics, an Assistant Superintendent, a school principal, and an elected school board member.

Commissioner Schwinn earned her Bachelor of Arts from the UC-Berkeley, her Master of Arts in Teaching from Johns Hopkins University, and her PhD in Education Policy from Claremont.

She is the proud parent of two daughters in Tennessee public schools, and a son not yet school age. 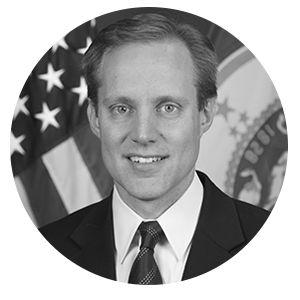 Steve Simon is Minnesota’s 22nd Secretary of State. He was sworn into office on January 5, 2015, and as Minnesota’s chief elections administrator pledged in his inaugural address to “work with anyone, of any political affiliation, from any part of our state” to protect, defend, and strengthen the right to vote in Minnesota.

As Secretary of State, he partners with township, city, and county officials to organize elections on behalf of Minnesota’s nearly four million eligible voters, and to ensure that the election system is fair.

Simon also oversees a wide range of services for Minnesota businesses and administers the “Safe at Home” address confidentiality program for people whose personal safety is at risk, often due to physical abuse or threats.

Before being elected Minnesota’s Secretary of State, Simon served in the Minnesota House of Representatives for ten years representing the communities of St. Louis Park and Hopkins.

Simon spent much of his time in the state legislature immersed in elections issues, including serving as the chair of the House Elections Committee in 2013 and 2014. He played a lead role in many of the election reforms that Minnesota has embraced over the last several years, including no-excuse absentee voting, online voter registration, and easier access to voting for Minnesotans overseas, including those in the military.

Simon also served as Assistant Attorney General of Minnesota and worked as a lawyer in private practice for several years. He was named a “Rising Star” four different times by Law & Politics magazine and has received many other recognitions for his work on behalf of Minnesotans, including the “Outstanding Legislator Award” from the Minnesota School Board Association and the “Civic Leadership Award” from the Citizens League.

Simon grew up in St. Louis Park and Hopkins. He graduated with a B.A in Political Science from Tufts University in Massachusetts in 1992, and earned a J.D. from the University of Minnesota Law School in 1996. Simon and his wife Leia live in Hopkins with their two children, Hannah and Noah, and  rescue dog, Hugo. 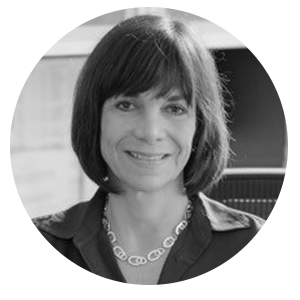 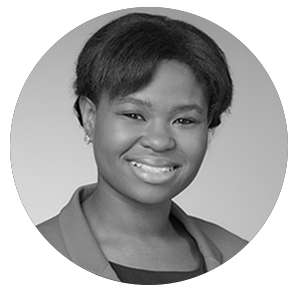 Alisha Powell Gillis is the senior editor at Route Fifty where she is responsible for programming live and online events content, moderating panel discussions, soliciting, editing and writing analytical pieces and overseeing the annual Navigator Awards program. Before joining Route Fifty, Alisha was the director for community impact at the Urban Libraries Council (ULC) where she worked to connect urban public libraries to critical issues in state and local government and led event programming. Prior to ULC, Alisha served the nation's governors for nearly a decade at the National Governors Association where she specialized in homeland security, emergency management and cybersecurity issues. Alisha holds a master's degree in global security studies from Johns Hopkins University and a bachelor's degree in political science from Hofstra University. 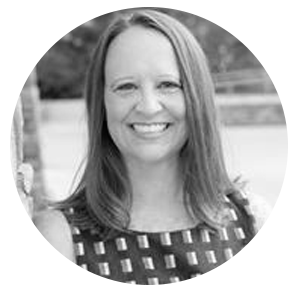 Prior to coming to NASBO, Kerns served as Deputy Director at the Idaho Department of Labor, having previously worked in the Idaho Division of Financial Management from 2009-2019 (the state's budget office). In her prior position as Budget Bureau Chief, she led staff in developing, presenting, and advocating for the Governor’s Executive Budget. As a past member of NASBO, Kerns served for two years on the association’s Executive Committee.

Kerns was a Guardian ad litem for children in foster care from 2000-2020; a Family Advocates Board Member from 2016-2019; the 2015 Tribute to Women and Industry Award Recipient; and Idaho Business Review Women of the Year Recipient in 2009. 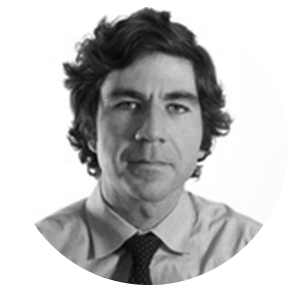 Bill Lucia is the Executive Editor for Government Executive’s Route Fifty. He previously served as a Senior Editor for Route Fifty. Prior to that, Bill covered Seattle city government for Crosscut.com and holds a master’s in public administration from the University of Washington’s Evans School of Public Affairs. 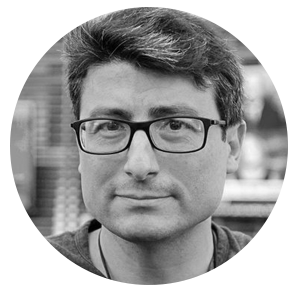 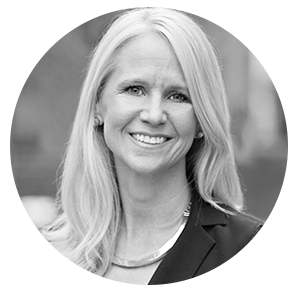